This Week in Freethought History (April 7-13)

Here’s your Week in Freethought History: This is more than just a calendar of events or mini-biographies – it’s a reminder that, no matter how isolated and alone we may feel at times, we as freethinkers are neither unique nor alone in the world. 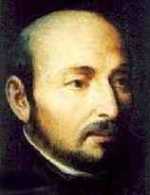 Last Sunday, April 7, but in 1506, the co-founder of the Jesuits or “Society of Jesus,” Francis Xavier was born. Xavier was discovered by Ignatius (1491-1556), who was 15 years his elder, while Xavier was a student in Paris. Ignatius admired the younger man’s learning, physical beauty and athletic ability as a runner. Xavier was soon seduced into the Company. His first commission was significant: he was sent in 1541 to the Portuguese colony in India to re-convert the Christians there! From 1549-1551 he spent 2½ years failing to convert the Japanese. Xavier set out for China in 1552, but died before setting foot on the Chinese mainland. His only success, it seems, was initiating the Goa Inquisition to kill apostates with the love of Christ. Like the Taliban in the dynamiting of the Buddhas of Bamiyan, Afghanistan (2001), Xavier rejoiced in the destruction of elements of indigenous cultures, saying, “I order everywhere the temples pulled down and all idols broken. I know not how to describe in words the joy I feel before the spectacle of pulling down and destroying the idols.”

Last Monday, April 8, but in 560 BCE, according to tradition, Siddhartha Gautama, the founder of Buddhism, was born in what is now modern Nepal. Through introspection and observation, at the age of thirty-five he earned the title Buddha, or “Enlightened One” (Sanskrit सिद्धार्थ गौतम). For the rest of his life, which by some accounts was eighty years, Buddha helped others reach enlightenment. Buddha lived at a time of great spiritual revolution in Asia and Asia Minor: the same centuries saw the arrival of the great Greek-Ionian thinkers, Lao-Tse and Confucius in China, and Mahavira, the founder of modern Jainism, in India. It is dishonest to presume that so “spiritual” a thinker must have believed in a God. In fact, Buddha never mentioned God or gods or souls and it was later generations of Buddhists that morphed his ascetic ethic into a religion.

Last Tuesday, April 9, but in 1929, former University of California professor of mathematics Tom Lehrer, who made a name for himself in the 1960s as a composer and performer of parody songs was born . His first public performance was in 1952 at a nightclub near Harvard, but he hit the big time – taking time off from teaching mathematics – between 1953 and 1965 with club performances and LPs featuring his witty, rapid-fire lampoons of social and political issues, including such classics as “The Vatican Rag.” It includes these words: “Do whatever steps you want if / You have cleared them with the Pontiff. / Everybody say his own / Kyrie eleison,* / Doin’ the Vatican Rag. / Get in line in that processional, / Step into that small confessional. / There the guy who’s got religion’ll / Tell you if your sin’s original. / If it is, try playin’ it safer, / Drink the wine and chew the wafer, / Two, four, six, eight, / Time to transubstantiate!” Not generally known about Lehrer is that he is a Freethinker on religion. “I firmly believe all religion is bullshit,” Lehrer said in a 1984 interview. “To say that I am not a ‘fan’ of organized religion is putting it mildly… As for being ‘spiritual,’ … I find enough mystery in mathematics to satisfy my spiritual needs.”
* Greek: Κύριε, ἐλέησον “Lord, have mercy”

Last Wednesday, April 10, but in 1866, the American Society for the Prevention of Cruelty to Animals (ASPCA) was chartered under the leadership of Henry Bergh. Bergh (1813-1888) was horrified by the extensive cruelty he observed towards working horses, as well as stray cats and dogs, in New York City. Curiously, despite the depictions of St. Francis of Assisi surrounded by his loving birds, it was Europe under Christianity that was the worst offender against the principle of humane treatment of animals. Since it was Christian doctrine that animals have no souls, there was no Church prohibition against ill-treatment. Cockfights and dog fights, bear-baiting, and other inhumane treatment of animals for sport throughout the Middle Ages, thrived. And this was the period when organized religion was in the strongest position to object with some credibility. So the chartering of the ASPCA came about in amid a long silence from the representatives of God.

Last Thursday, April 11, but in 1775, the last execution for witchcraft took place in Germany. History records that Anna Maria Schwiigel was legally executed in Bavaria for the crime of believing in a competing religion. The craft was so attractive to its medieval adherents that perhaps 300,000 were tortured and executed by Christians for their contrary opinion. The worst persecution of witches occurred in Germany and surrounding countries comprising the Holy Roman Empire. Here and there a voice expressed doubts that there really were witches with supernatural powers. But by the 1700s, coincidentally with the rise and influence of rationalism in Europe, the anti-witch fervor was dying out. Even Joan of Arc, who very possibly was a witch, was declared a saint in 1920. And just 190 years after the last witch was executed in Germany, the comedy “Bewitched” – about a middle-class witch who tried not to cast spells – began an eight-year run (1964-1972) on American television!

Yesterday, April 12, but in c560 BCE, by tradition, the most famous leader of Jainism, Mahavira (Sanskrit महावीर) was born. Like his contemporary, Buddha, Mahavira was born a prince. At age 30 Mahavira left his family and royal household, gave away everything he owned, and became a monk. Althought not the founder of Jainism, Mahavira is the only saint of the religion that is historically verifiable. In his travels, Mahavira organized a brotherhood of monks, who took vows of celibacy, nudity, self-mortification, and fasting. Jainism was not, in the beginning, meant to be a religion and the existence of God is irrelevant to Jain doctrine. Mahavira believed that the universe was self-sustaining and did not have a beginning. Instead, he believed the universe endless and that it operates according to natural law. Mahavira was, in fact, an atheist. His philosophical descendants, as often happens, turned this atheistic ethic into the supernaturalist religion we find mostly in India today.

Today, April 13, but in 1949, British-American journalist Christopher Hitchens was born. Hitchens has admitted admiration for and influence from such notables as Thomas Paine and Thomas Jefferson. “I’m an atheist,” said Hitchens, “I’m not neutral about religion, I’m hostile to it. I think it is a positively bad idea, not just a false one. And I mean not just organized religion, but religious belief itself.” He described organized religion as “violent, irrational, intolerant, allied to racism, tribalism, and bigotry, invested in ignorance and hostile to free inquiry, contemptuous of women and coercive toward children.” Hitchens died on 15 December 2011 at age 62, so today would have been his 64th birthday.

Asked if his serious illness has affected his view of the afterlife, in a panel discussion including atheist writer Sam Harris, Hitchens replied, “I would say it fractionally increases my contempt for the false consolation of religion and my dislike for the dictatorial and totalitarian part of it. I presume what I say by the first is self-evident. What I mean by the second is, it’s considered perfectly normal in this society to approach dying people who you don’t know, but who are unbelievers, and say, ‘Now are you going to change your mind?’ In fact, it’s considered almost a polite question.

“As you know, there’s a long history of fraud about this. People claim that Darwin had a deathbed recantation, they’ve made up lies about Thomas Paine. It goes on all the time. It’s a very nasty little history. But there’s also a horrible undertone of blackmail to it. People write and say, ‘Look, you’ve got about one chance left now. Aren’t you going to take it? I’m writing to you as a friend.’ They’ve even tried it on me when I’ve been very ill, and didn’t have quite the vinegar I’d like to have had, in a hospital bed. I don’t mind. I can take it. But I think there are a lot of people older than myself, iller than myself and, perhaps, at the risk of seeming conceited, less educated than myself, to whom that’s a horrible experience. It’s very depressing and alarming to be spoken to in that way.

“I mean, if Sam [Harris] and I were to form a corps of people to go around religious hospitals, which is what happens in reverse, and say to people who are lying in pain, ‘Did you say you were Catholic?’ ‘Yes.’ ‘Well, look, you may only have a few days left, but you don’t have to live them as a serf, you know. Just recognize that that was all bullshit, that the priests have been cheating you, and I guarantee you you’ll feel better.’ I don’t think that would be very ethical. I think it would be something of a breach of taste. But if it’s in the name of God, it has a social license. Well ‘fuck that,’ is what I say. And will say if it’s my last breath.”

Other birthdays and events this week—

April 13: American Founding Father, principal author of the Declaration of Independence and the third President of the United States, Thomas Jefferson was born (1743).

We can look back, but the Golden Age of Freethought is now. You can find full versions of these pages in Freethought history at the links in my blog, FreethoughtAlmanac.com.